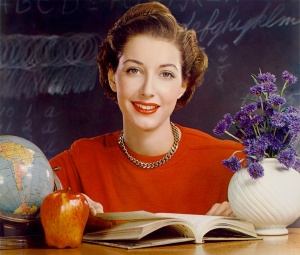 I’m not sure about your children’s education situation, but my kids go to a charter school. For some people, sending their child to public school is akin to throwing them out on the street with nothing but a can of Yahoo and a comic book. For me, it’s heaven.

Their peer group, and teachers, have more skin colors than Joseph’s amazing technicolor coat. There are at least 20 moms and dads I can call last-minute if I’m running late for pickup. One mom, who reads this column, met me at 830 this morning to give me a few bottles of GABA that her daughter wasn’t using. “I read your blog,” she wrote me last week, “I have some extra if you want it.” Doesn’t get better than that. (Thank you, friend! You know who you are!)

Our school isn’t perfect. If Tuskany were a blogger (which she isn’t because she actually has a strong sense of boundaries and privacy, unlike some people she knows… ahem) she’d tell you many stories about my freak outs. “Some kids are ganging up on Stink at the play ball courts!… This one teacher thinks Tourettes is spelled Tooretts and is the reason Stink is into fart jokes!”

Yup, some of the kids over the years have been rough around the edges. And some of the teachers weren’t what I’d call Mary Poppins perfect, nor insightful. But isn’t that what school is about? To learn how to accept differences, stand up for oneself when things aren’t fair, fail, grow, rinse and repeat?

Lest I sound like St. Andrea, Patron of the Los Angeles School system, I didn’t always feel this way. Sure, I wanted my baby kinder to go there, but in all truth, I was terrified. On his first day of school, I introduced myself to a man with long hair, striped socks and George Michael shorts. I thought he was an eccentric big brother. “Hi, I’m a new mom, Mrs. Frazer,” I said, giving him my hand. He shook it with exuberance, smiled and declared, “I’m one of the assistant teachers… Chachi!” I almost passed out.

Before you judge, Stink was my first to go to school, and I had a big diagnosis in my pocket. For some people, a few tics and a T.S. label wouldn’t sound so daunting. But for me? It produced nausea-inducing fear. “What if he got worse? What if other kids noticed? And worse, what if he was made fun of?” I ruminated.

In retrospect, I made myself crazier than I needed to be. While it’s normal to have concerns, I didn’t put mine to rest easily. If only I had someone to guide me… to tell me that it would be okay. I wish I knew that even if he ticked to the point of cursing (my biggest worry) he’d still be okay. Why? Because who Stink is, not what he does, is what counts.

Little by little, I began to cut the cord. I started being less concerned with who I wanted Stink to be. I started truly enjoying who he was. So what if he’s not into sports. So what if he has a hair-do resembling a bed-headed Beetle. So what if he still likes Pokemon while other kids are into baseball cards. It really doesn’t matter one bit what other children are doing. What matters is what my kid is doing. And best of all, he’s happy and content.

He’s not the only one. If I was ever not sure about my big leap of faith into the chasm of the L.A. charter school, yesterday’s letter from his teacher sealed the deal.

I had written to her about Stink’s tics which, well, are still pretty intense. I had told her that I didn’t want her to be afraid of bringing the situation up to me. After all, as much as my son deserves to make a few sounds and twitches, other kids deserve to learn. If it becomes disruptive, I’d be open to accommodations.

After a brief note back from her, reassuring me that no one is bugged by his tics (minus one kid who goes into the office sometimes for solitude), I wrote back. I thanked her, as well as informed her that I knew Stink was in good hands. I told her I wouldn’t harp on the tics anymore and asked, instead, if she would keep me abreast of his focus issues.

This is what I got back – everything verbatim but the names.

Please don’t feel as though we can’t talk about Stink’s tics. I have no concerns about you worrying about his tics, and how it may impact his learning in the classroom! That’s like me blaming you for being a caring mother! So, talk to me about his tics anytime, and I will inform you if it gets to be too much for the other kids. They know to accept him, and treat him with compassion and respect. No one in class talks about Stink in a negative light; I will not tolerate that.

I think as long as he makes a conscientious effort to stay focused, he can do it. By the way, I reviewed his essay with him today, and gave him a few recommendations…like transition sentences between paragraphs, topic sentences for each paragraph (that are not, “I’m going to talk about…), expanding his ideas, etc. I’m not sure he will revise independently, tomorrow or not. I think that he is under the impression that he is done. Maybe once he types it up, he can take it home and have you look it over with him.

My Best,
The Most Amazing Teacher on the Planet

Find a school with teachers like this. It can make all the difference in your kid’s journey. It can also keep you from running off with a Highlander and drinking a vat of Two Buck Chuck.

Today I took Stink back to Dr. Carroll. It had been over 3 years. Instead of fitting halfway on his exam table, Stink took up the entire table, his size 8 mens Nike’s dangling off the edge.

As usual, Dr. Carroll was calm, cool and collected. Just walking into the office I felt a sense of peace. I’d call it the placebo effect of Mama about to get some help, but Stink himself barely ticked at all. Between Stink’s “Tough Guys Wear Pink” tee shirt, and Dr. Carroll’s crisp and cool lavender pressed oxford, I felt like Spring had sprung again in my heart. I had forgotten how smart and lovely this doctor is. He really knows how to interact both with a neurotic mama (um, me) and a spirited, sweet kid.

Note to self: We need a calmer environment at home. Working on that. Sadly, I don’t drink wine anymore and I’ve never smoked doobage. Perhaps I need a full box CD set of John Denver. And a truck load of clove cigarettes. Thoughts?

Keeping this short as I have a big day with my daughter tomorrow. You know… the kid that doesn’t tic who is just as valuable to this family and worthy of attention. (Note to Moms: Don’t get so sucked into your “special needs” kid you forget that all your kids have special needs! And you do, too, cause you’re special!)

Here are 9 things Doctor Carroll had to say about tics

1. No gluten or dairy: It is the devil for all auto-immune disorders.

2. No video games: NONE. The basil ganglia gets over loaded with dopamine. Wires get crossed. It’s just bad bad news.

3. Check for food allergies: Get blood work done up to check for a comprehensive food allergy test. Once you know what your child is allergic to, you can best give him the nutrients he needs for his growing body. The testing these days has offending items narrowed down to food dye and specific chemicals. (Specific test links to come once I find out!)

4. Lots of exercise: If your child is addicted to video games, the physical movement will help the craving go away.

6. Saliva based Genetic Testing: Get a work up done by 23 and Me. One swab of your child’s saliva and you can have real insight into what’s packed into their DNA. Knowing this can help your naturopath treat your child’s specific ailments.

7. GMO is the Devil: Yes, not feeding a child GMO can actually make a huge difference in their symptoms. I’ll talk about GMO more another day. First, I’d like to watch the movie, Genetic Roulette, which talks about how the chemicals in our food is a huge reason for the issues we are seeing in our children.

8. Organic Organic Organic: Yes, this makes a difference. See #7. It’s not that much more expensive to eat organic if you are willing to shop on sale. Stay away from the Dirty Dozen and stick with the Clean 15. The verdict is split on if fruits with thick skin like bananas and melons have to be organic. Some say the thick skin makes it okay. Others say it’s bad because it gets into the “blood stream” of the plan either way.

9. Supplements: Once you have a nutritional plan figured out for your child, a good naturopath can provide suggestions for supplements that can work with his nutritional needs. (Ex: Dr. Carroll mentioned Gaba as an excellent source of “calm” for Stink’s overactive brain.) 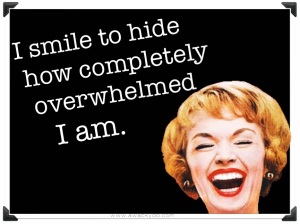 Does this seem like a lot to you? It does to me. I can’t do ANY of it now. I just can’t. I’m on a budget. My husband is not on my alternative medicine train. And yet, I feel excited. I have a plan. To me it all makes sense.

For the next few days, I’m going to let this all sink in.

Then I’m going to hear about my job interview from yesterday.

And when I get something full time with benefits, I’m going to execute. Little by little, step by step.

PS: The one thing I don’t think I’ll do is take away video games all together. Why? Stink isn’t 100% on board. He’s almost 12. He must be proactive in this area. I would like to see if we did everything else, with video games down to a few hours only on weekends, if this will do the trick. If not, it’s out like a rotted organic peach.

What about you? What do you think about the list?

More of my writing can be found at ChristianMingle’s sister site, Believe.com.