For me, having my children become teenagers was like having a cherished family pet die. I had been so accustomed to the presence of sweet, happy go-lucky kids that the intrusion of unexpected and prolonged silence was unexpected. No more jumping up to see me when I came home from work. No more following me around the house. Granted, there was less whining, but a lot less sprinting for joy at the site of my mediocre cooking.

With teenagers came aloofness and quiet.

And for this mama who – despite trying really hard not to be a helicopter mama – still swelled with joy at every little milestone, it felt terribly lonely.

All the prep in the world couldn’t have prepared me for my 13-year-old / size 13 shoe wearing boy turning me down for In and Out Burger this summer. “Sorry, Mom. I’ve got a Minecraft hangout scheduled with the guys.”

All the chats with moms of girls older than mine didn’t ease the blow when my curvy hipped 13-year-old this year started declining watching Mama movies with me. (Apparently Youtube is more exciting than classics like The Breakfast Club or kitshy Brady Bunch re-runs. Who knew?)

While I figured I would make it through the moody “Leave me alone” stage, I wasn’t expecting the “everything you say sucks, Mom” stage. Sure, I’ve read in all those fancy journals about how kids practice on Mom to learn to set boundaries elsewhere, but it still hurt.

And, despite my best efforts to let it roll off my back, I sometimes hurt them right back. Door slam for door slam, verbal insult for verbal insult, the three of us had some pretty exciting car rides. The most fulfilling were always on the way to church. On route to being holy, we held each other hostage within locked doors, each one-upping the other’s statements in a vicious attempt to win an argument over who made who late.

If I had to put it simply, all that “relationship over being right” theory sounded good until they developed body hair. And then it all went to crap, along with my hopes of ever being close to them again.

Until last month, when my daughter locked herself in the bathroom on Halloween, and my world forever changed. While I hadn’t tried to cajole her out the door to trick or treat with her brother and bestie, I did attempt to insert my opinion when the whole ordeal was over.

“What’s your part?” I asked her, after listening to every painstaking detail about why things just didn’t “go her way” and how “unfair it was.”

I didn’t see a thing wrong with my words. After all, I didn’t interrupt her once. I was a good listener. Now was her time to listen so she wouldn’t lose out on future opportunities to have fun. Right?

Pip: “Mom, to be honest, I just wanted you to listen and not say anything.”

For whatever reason, instead of defending my statements (which, come on, were totally amazing points and great advice… saving her thousands of dollars in future therapy) I asked her the simple question, “You mean, not say anything? At all?”

People, did you know “Huh” is a complete sentence? With that very caveman response, I unintentionally broke through the teenage time space contingency and found an oasis of understanding, hearing and safety. Unexpectedly, I heard something that could have blown me over with a feather:

Pip: “Yeah. I would have been open maybe tomorrow, but today I just wanted to be heard.”

And with that last statement, as if by some magical alien implanting a chip, everything flashed before my eyes, including a resolution:

NOTE: Pay most attention to #4 – it helps in the heat of battle to know when to lobby a missle or flee.

As if to hit the nail on the head even more, my son asked his sister the very next day, “Hey, Pip, do you mind telling me what happened? Only if you want to?”

She did. In the same painstaking, blow by blow, OH MY GOD MAKE IT STOP detail.

His response, “Ahhh. That must have been hard.”

His followup: “Want to play Minecraft?”

The real takeaway: Saying less really does mean more in the life of a teen.

Ask me how little Stink is now bigger than my fridge? You’ll only get one response so I don’t cry. 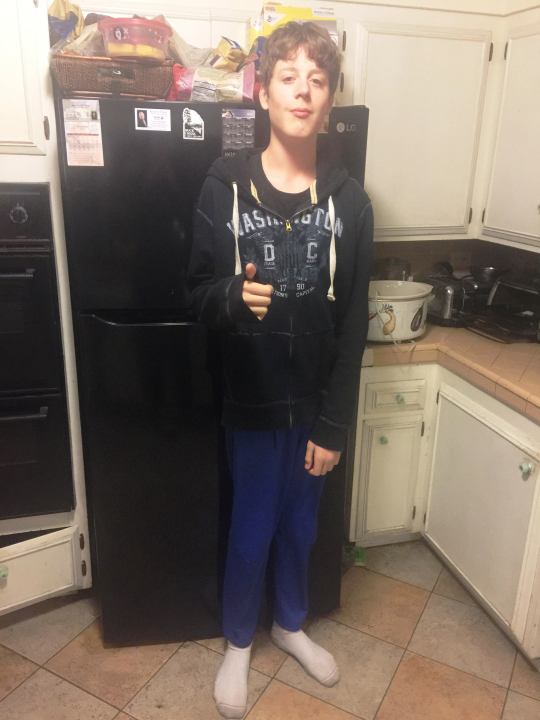