Four days ago I was fine with that. He’s confidant! God loves him! Hooray! Guess what? Mama loves him too and she’s not happy about it at all.

It’s not just the sounds that are of concern to me. With them come a hyper-activity that is going to cause more harm than good when his father and I decide to kick him out of the house. It’s OVER THE TOP.

There is a fine line between letting a kid be confidant and taking control as a parent. And that fine line, my friends, is coming into play with diet. 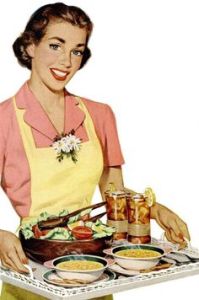 I am putting some supplements in his food. This morning, he had rice, meat, veggies and a topping of salsa Taurine! It was “delicious” according to my ticking preacher. I am grateful that he was none the wiser and I feel better that in a few days we’ll hopefully (God willing) have a reduction in tics.

Mama Guilt Sneaks in the Back End

I feel a wee bit bad about this, honestly. It feels a little con-artisty. That’s because it is. And maybe that’s okay.

When our kids were toddlers, did we ask them if it was okay with them that we mash bananas into their cup? Did Jessica Seinfeld ask permission from her kids to blend veggies into their pasta sauce? No. (And she made a crap load of cash off it, also! I really should ditch my spouse for a movie star. Having an affair with Hugh Jackman would not only cure Tourettes but it could quite possibly get me a cookbook! Duh!!!!!!!)

Making a Decision Based on a Bunch of Factors

Sometimes in life we have to look at what we’re dealing with. In my case, it’s a few things.

1. Confidant Kid: My kid likes himself. I don’t want to be the one person who makes him feel bad about his tics by constantly forcing supplements down his throat. (Believe me, I could go there. “No video games if you don’t take these, sucker.”)

2. Brain Unbalanced: While I am relieved that Stink is happy with himself, I see the tics as a sign that his brain is a bit unbalanced. While some things I cannot change (Translation: I am not going to fix Tourette Syndrome) some things I can fix (Translation: A few supplements, prescribed by a doctor, can even out his symptoms and help him to concentrate more in school, reduce tics and keep the energy level here down to a reasonable amount.) 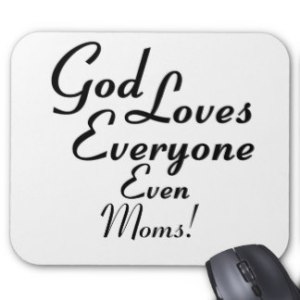 While for my son the tics might just be a part of “God’s story” for him, I’m a child of God, too. As one person in my “Twitch and Bitch” private support group pointed out, I get to direct some of my son’s plot, just like God directs mine. This means calming down the symptoms a bit. He thinks he’s not taking pills (a win for him) and I see a reduction in symptoms (a win for me).

In closing, I have to really look at my intention with the supplement seeking. If I’m doing it just to make me feel better, that’s not good enough. If I’m doing it for his health, that’s another. If I’m sneaking around because I’m afraid to stand up to my own kid, that’s a problem. (No, there are MANY places I hold my ground.) If I’m working around it to allow him the grace to feel good in his own skin without constantly bringing up tics, that’s another.

Does anyone else out there struggle with this? I have found that situations like this are the most difficult part of my journey. I want my kid to advocate for himself, but at the same time, I don’t want to constantly throw “tics” and “tourettes” in his face. I want him to be a kid who is confidant, happy and joyful who happens to tic, not the other way around.

What is the story you want to write for your child?