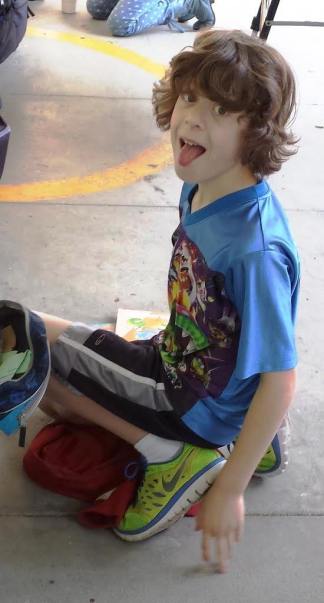 A quick check in to say all is status quo around these here parts. Tics mild as opposed to moderate – likely due to a big drop in gluten intake.

Stink is tired of the acupuncture – says he’s bored of lying on the table when all he can do is think about Mario, Pokemon and create comic books in his head. Then again, he’s also bored of school. He thinks waiting around for everyone to finish math on their worksheets while he’s done the mental computations is completely a waste of time. He is considered a “slam dunk” by our principal’s office for a GATE program at a local middle school should we choose to send him to a new Junior High, but he says he doesn’t want to take the gifted test because he doesn’t want more than ten minutes of homework every night.

PS: If you live in Los Angeles, there is a Tourette Syndrome event happening in Hollywood this evening. It is featuring Michael Wolff – a gifted pianist – who is apparently the inspiration for the movie The Tic Code. Am I the only person on the planet who never saw this movie or even heard of it?