My apologies in taking a while to follow up on this blog. I  had a lot on my mind after last week’s big UCLA follow-up.

To keep it simple, here’s the high lights, which led to my low lights, but now I’m seeing the light at the end of the tunnel, so let’s roll it on out, shall we?

* Doc doesn’t think meds are needed for tics – which doc finds mild to moderate (thank you, Tarzan, go bloody die… yup, it’s back worse than before now, if that is possible?)

* Doc says that since Stink is well-adjusted socially and doing well academically, there’s no need to medicate. (Apparently “Warbling Drives Mama Batshit” does not a prescription for Clonodine make)

* Doc sees a bit of obsession going on with Stink’s Mario talk (really? so glad I’m paying the big bucks to figure that out)

* We have the option of having Stink tested for free at UCLA for an actual diagnosis of something other than T.S. – Be it ADHD, High Functioning Aspergers or whatnot

* If Stink qualifies for Aspergers, he can start an 8 week trial through UCLA where they will put him on Intuiv and monitor his blood pressure/reaction on a weekly basis

* Of course, this is a blind trial, so Stink might just get a placebo which means we’re driving in 2 hour traffic each way for a sugar pill which is kind of not really on my gluten free/caesin free/food dye free/eat everything that tastes like ass diet

* And then there’s the issue of Stink’s blood pressure often being being 85/55. With Intuiv’s side affects being to lower blood pressure, I’m taking a chance that Stink will faint, black out, or perhaps just not get up easily in the morning. The idea of not playing the Wii is appealing, but mind altlering drugs is not really the route I want to go if given a choice

1 . I am not against meds if they are needed. I take some for anxiety myself

2. I am not in denial about my kid’s issues, hence my cooperation with the I.E.P., taking him to a counselor last year, seeking out a UCLA specialist

3. I don’t feel, in my gut, we have done everything we need to do to avoid meds. He was doing fine before we went down to one acupuncture session/week. He was also doing better before we started in on the Wii and that damned Mario.

There is sooooooooo much research out there about dopamine flooding our kids brains. This dopamine can cause tics. It can cause the the executive function portion of their brain to get fuzzy. They lose impulse control. They show signs of ADHD. They obsess over games. Before I get my kid labeled as a high functioning autistic kid (and no problem if that’s the case)… and before I get him diagnosed as ADHD… why not take out the one thing that is triggering all this stuff in him as well as add back in acupuncture?

I really, in my heart of hearts, don’t think he has this Aspergers. I think he has tendencies toward obsession and the electronics needs to go.

Tell me, readership, would you take away the Wii before going down drug highway or do I just have my head up my butt? I really want to know. I really do.

Who out there is completely electronic free and why?

Here’s a book I’m reading now: Failure to Connect: How Computers Affect Our Childrens Minds And What We Can Do About It.

I’ll let you know how it goes next week.

Meanwhile, check back in a day or so for my review of David Finch’s best selling book The Journal of Best Practices:  A Memoir of Marriage, Asperger Syndrome, and One Man’s Quest to Become a Better Husband . 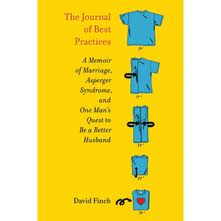 I’ve emailed back and forth with this amazing writer several times. He was diagnosed when he was 30. He went from having a marriage in the toilet to the union he always wanted. Finch did the best with the cards he was dealt. Don’t we all want that for our kids? To know, truly, what is going on and do the best we can?

Talk to you soon.

Join 1,113 other subscribers
Follow Happily Ticked Off on WordPress.com
My Tweets