“I’m not doing enough for my kids.”

“I am not making enough money.”

“I used to be a contender.”

If you’re anything like me, you can do a pretty good job at keeping the tiger in the cage. You exercise. You pray. You keep a schedule. You try to let things go.

But sometimes you just have a day.

And that was my day Friday. Sure, I had missed the ONE day to test into full time employment – putting full time insurance off another month – but I gave myself grace. (“If the kids lose a leg, there’s always the county hospital.”)

Yeah, my bank account was running perilously low, but a check was going to land in my box on Friday. (“The kids are vegetarians now. A few cans of beans will sustain until pay day.”)

Alright, a huge vacation wasn’t going to happen this Spring Break, but I was blessed to have a friend give me a two night stay at her time share for $64 total. It was something I was looking forward to all week.

And then I got a note – a terrifying note – from a friend I work with regarding permission to attend an out-of-district school that Stink had also applied to. Both our kids were accepted into the school, but it wasn’t in our district. We needed permission to transfer out – and that would take some work.

No worries! In true Andrea fashion, I pulled out all the stops to apply for this out of district permit – including gleaning a personalized acceptance letter from the high school secretary, to tracking down a fellow mom who had been through this with her own kids.

Based on fellow mom’s adventure through the Los Angeles school system, I knew in advance that I would be denied a permit and would have to appeal. I was nervous, but trusted the process. I told my friend at work that this would happen and, to save her the headache that the fellow mom from that school saved me, I told her what to do.

Only problem? Her kid got approved on the first go around. No appeal needed. This was not the case with Stink. Yup, lucky me – Not only was he denied a permit, I found out the lovely news an hour before my trip that Stink probably would not get the appeal approved because they are only taking theater kids this year. Stink applied for tech. 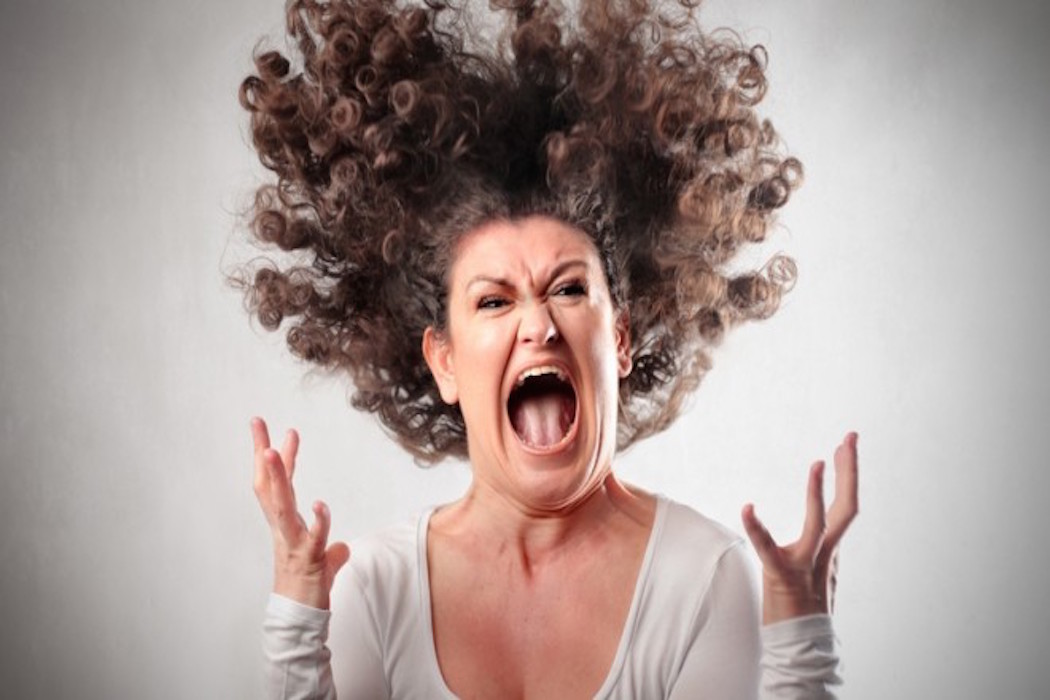 My heart hit my knees, I pooped a brick and belly cried like a drunk seal to my unsuspecting sister on the phone.

In my heart, I know that this is just high school. It’s not that he has cancer.

But in my head, it was the old shame tapes that played with his diagnosis. “You did something wrong,” they taunted me. “Your kid isn’t good enough.”

In my book, I recall a scene where all but one kids from Stink’s preschool got into a prestigious Catholic grade school. Stink was the one who didn’t make the cut. Which, well, sucked.

In fury, I made an appointment with the principal. (Note: In the book, I refer to Stink as Nicky.)

After finally being lead into the principal’s office, I was informed that Nicky didn’t grasp his pencil correctly in the interview process.

“You’ve got to be kidding…” I started to balk, but before I could continue she added, “He seems a bit immature.”

After peeling myself off the floor and holding back my urge to scream our Lord’s name—and not because there was a lovely oil painting of Christ hanging behind this woman’s head—I told her how disappointed I was. “He’s five. He’s not supposed to be mature. And why does it matter if he can grip a pencil correctly? Isn’t this what he’s supposed to learn in kindergarten?”

She gave me a fakey-compassionate half-smile. “His lack of coordination is disconcerting. It implies he’ll need some special attention that we just can’t give when there are thirty kids in the classroom and only one teacher.”

To which I responded, “With a ratio like that, why would I want to spend six grand a year on his schooling?”

To which she responded, “For the Christian education.”

And with nothing but a few cursory closing statements, I walked out of that office, enrolled my son in a public charter school, and have never looked back. It’s not as fancy as the private school of my dreams. But behind peeling paint is a structure built on joy that fosters creativity, self-worth and joy beyond my wildest expectations. And guess what: It’s FREE. Plus the student-to-teacher ratio is twenty-four to one. Jesus would be proud.

After firing off yet another letter to the Los Angeles Unified School District about why my son deserves entrance into that high school, it dawned on me that perhaps going insane was not the answer.

Perhaps my shame did not have to run the show.

Perhaps this “amazing” school for my kid is not to be, despite my best efforts.

Maybe, just maybe, if I can let go of the expectations I have for sweet Stink and allow what God wants for him, life just might be a bit more manageable.

I can confirm that this thinking is correct because two things happened this weekend.

The Moral of the Story

What we think has to happen for our happiness and security keeps shame front and center. Letting go and letting God direct the show keeps peace and laughter in the forefront.

The second option is so much better.

May your joy this week be like an ostrich egg: large and nourishing! (Did you know ostrich eggs are the equivalent of 30 chicken eggs? It’s true!)